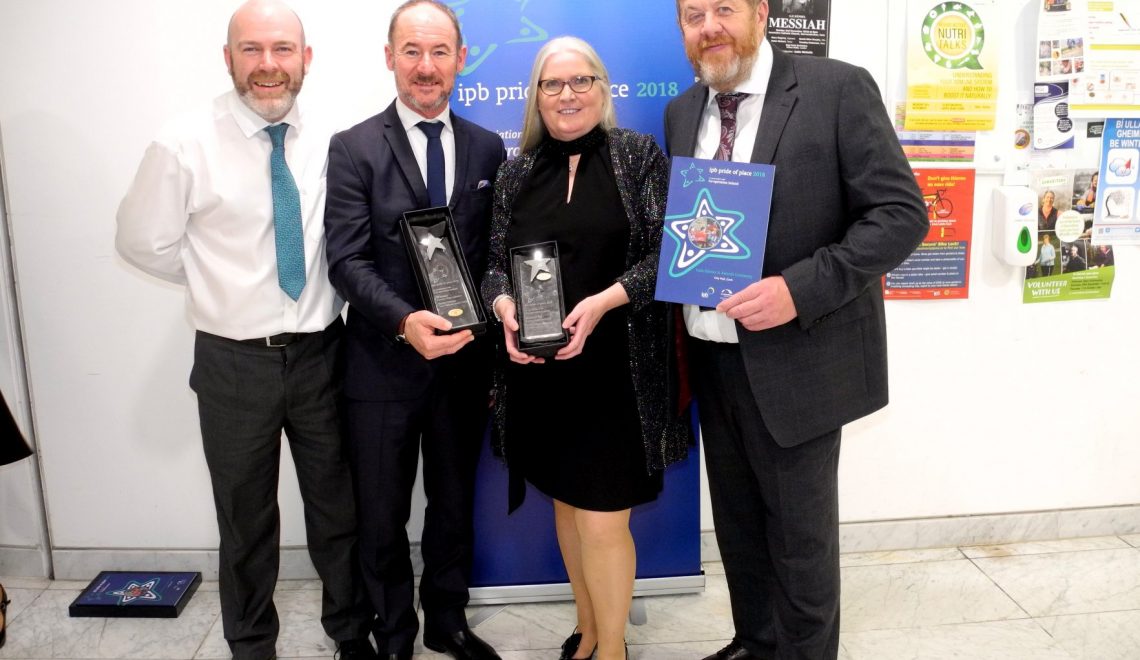 South Dublin Winners in the IPB Pride of Place Awards 2018
The winners of the 16th annual IPB Pride of Place Awards in association with Co-operation Ireland were announced on Saturday the 17th of November at a Gala Awards Ceremony in the Cork City Hall.
Pride of Place is an all-island competition that acknowledges the high quality work that communities are doing all over the island of Ireland. Each year Local Authorities from across the island of Ireland have the opportunity to nominate up to a maximum of five groups in their area, who they believe have made an outstanding contribution to supporting and strengthening their local community.
In 2018, South Dublin County Council nominated Community Groups in four of the Award categories, with all nominated projects putting in a fantastic effort and impressing the Judges when they visited the County back in June:
Nominated Community Groups
Category 6, Creative Place Initiative: Muintir Chrónáin – Áras Chrónáin
Category 7, Community Wellbeing Initiative: The WEB Project
Category 8, Community Tourism Initiative: Clondalkin Round Tower Heritage Project
Category 11, Urban Neighbourhoods: St Mark’s Youth Club – St Mark’s Parish, Tallaght
All the effort paid off and it was met with great delight to discover on Saturday night, that two of the South Dublin Community Projects had scooped awards with Muintir Chrónáin -Áras Chrónáin securing the Overall Winner Award in the Creative Place Initiative and St Mark’s Youth Club – St Mark’s Parish, Tallaght picking up the Runner Up Award in Urban Neighbourhoods.
South Dublin County Council would like to thank and congratulate all four community projects that represented the County in this year’s competition, their efforts and achievements done both their local communities and the entire County proud.